On the occasion of the European Action Day against Islamophobia, the Forum of European Muslim Youth and Student Organisations (FEMYSO) reiterates the need that European institutions must publicly recognise and condemn Islamophobia as a specific form of racism.

Following this, we hope to see the development and implementation of specific policies aimed at tackling this issue and supporting those who are the biggest victims of Islamophobia.

Islamophobia is defined as “Acts of violence and discrimination, as well as racist speech, fuelled by historical abuses and negative stereotyping which leads to exclusion and dehumanisation of Muslims, and all those perceived as such. Islamophobia has nothing to do with criticism of Islam”.

Throughout the lifespan of the young people FEMYSO represents, Islam and Muslims have been demonised and misrepresented on a daily basis. This fuels crimes like those committed in Hanau earlier this year, massacres like the onethat took place in Christchurch last year and hate crimes that take place every single day. These actions are leaving many Young Muslims in fear that they will always be subject to violence and discrimination, instead of allowing them to feel like equal citizens in their own countries.

We believe the systemic nature of islamophobia must also be recognized and tackled. This must be done in a far-reaching manner, where bodies and organisations carry out introspection in order to identify areas in which they can improve in a transparent manner.

The time is now for institutional, political and civil society leaders on European and national levels to take this issue seriously. There is simply no other option. The time for appeasing those who scapegoat Muslims and excusing their language of hate as free speech must come to an end. European values of human dignity, rights and equality must be demonstrated through action on this topic.

Muslim youth make up a large part of the fabric of Europe, where we were taught that every strand is as important as the other. We intend to go nowhere, and we will continue to bring positive change to our societies and to advocate for our rights for all, as we work towards our vision: a diverse, cohesive and vibrant Europe for all.

FOSIS Annual Conference 2017
Comments are Off

FEMYSO Stands in Support of CCIF #SoutienCCIF
Comments are Off 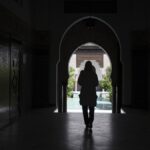