GREEN UP MY COMMUNITY

This one-year campaign (2013), run in partnership with MADE in Europe, brought together hundreds of young Muslims from 10 European countries to unite behind one common goal: securing pledges from 20 mosques and community centres across Europe to “Green Up” their communities, i.e. to introduce environmentally friendly procedures in their centres.

The campaign ran across Europe with tens of local “actions” to encourage mosques and community centres to undertake “Green Up” pledges to introduce new more environmentally friendly habits. Dozens of grassroots awareness-raising activities such as Fairtrade breakfasts, treks, sermons, and other activities were organised to raise the awareness of young Muslims about the importance of these topics. The idea was to integrate concern for and action on the environment and trade justice into the habits and consciousness of Muslim youth and Muslim community institutions.

The campaign was led by an international steering committee (SC) of 10 dynamic youth from across the 10 countries who were representatives of their countries on the European level and “local ambassadors” to pro-mote “Greening up” in their local communities and campaign for the adoption of practices to protect the environment and promote fair trade principles.

The campaign reached a large audience of youth across Europe, through a website, webinars by activists and leaders in the fields of environmental sustainability and fair trade and local actions, to promote the issues of environmental sustainability and fair trade which was started at our seminar in Berlin in 2012. The campaign empowered young people to run the campaign themselves and to take action at a local and national level with the support of a European campaign.

The campaign developed new informative, interactive, visually appealing and easily accessible campaign materials in the form of a website, posters, videos and a European toolkit, in order to disseminate the knowledge further and give resources to grassroots activists to replicate the campaign and advocate for environmental and fair–trade principles in their own contexts and ways.

The project was run with the generous support of the European Youth Foundation.

The campaign developed a Green Guide for mosques to support them to commit to environmentally friendly habits from conserving energy and water, to setting up community food growing plots and providing recycling facilities.

The ‘Green up my community!’ campaign’s tagline was “Follow your deen, be green!” and this was the principle instilled in us throughout the campaign – with the am being to teach our network on how integral environmentalism is to an Islamic lifestyle. We, as Muslims, have a duty to be a good example for all, and according to al-Quran, excessiveness, waste and polluting our environments is against the principles of our religion.   It’s now time to bring back the green in our deen! We want to see Muslim institutions – particularly our mosques – at the forefront of the environmental movement, preaching green from the pulpit and demonstrating eco-consciousness in everything they do. 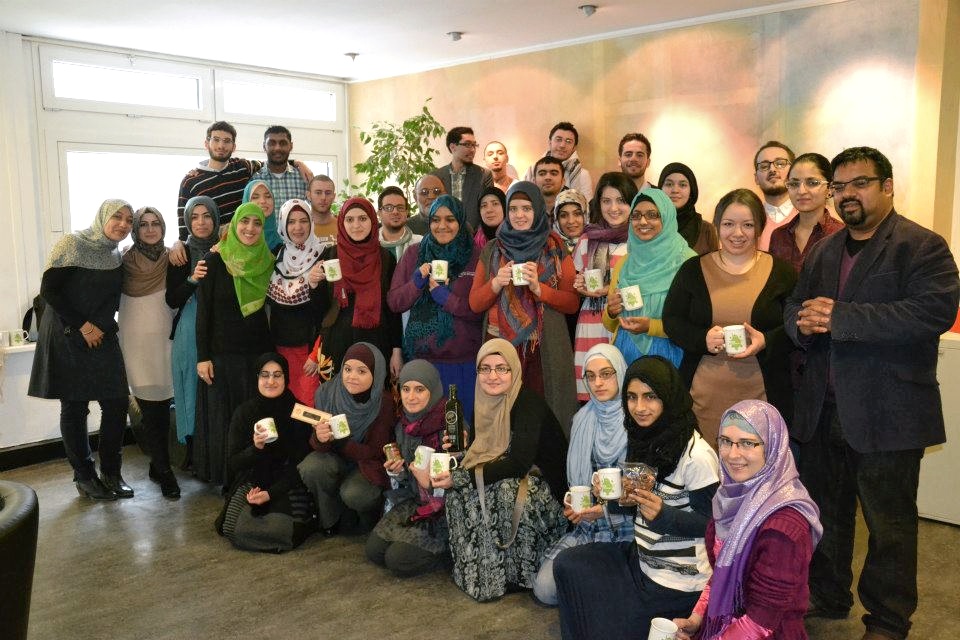