FEMYSO is deeply concerned with the active approach taken by the French government in securitising Islam and Muslims; severely limiting the freedom of religion; and creating targeted discrimination leading to social divide and hate crimes in France.

Recently, France’s President Macron and his government presented signs to identify a radicalised person, specifically targeting practicing Muslims. On October 14th, the University of Cergy (Paris) distributed a survey to their staff, to detect radicalisation amongst their students and colleagues. The survey included signs such as: wearing a headscarf, a beard without a moustache, being absent from class during prayer times and on Fridays, not drinking alcohol and not eating pork. After this survey was leaked on social media, the University tried to apologise explaining it was a mistake.

Such actions of both the President, government and the University are intentional and actively feeds the culture of denunciation and suspicion towards Muslims and increases islamophobia in France. They only further stigmatise Muslims, alienate Muslim students expressing their faith and undermine effective counter-terrorism measures. They are also not isolated, yet part of a larger climate of suspicion against Islam and Muslims wider in a Europe facing increasing Islamophobia.

FEMYSO stands with Etudiants Musulmans de France (EMF) in advocating for the rights of all students across France, and working hard to promote active citizenship amongst its membership. FEMYSO urgently calls upon the French state, its public officials, university staff and other Member States to denounce the stigmatization of Muslims, to withdraw the biased signs of identifying a “radicalised” person and to protect the freedom of religion equally to all people of faith.

1. FEMYSO (est. 1996) is an network organisation for 33 Muslim youth and student organisations across 23 European countries, and is the leading voice for European Muslim youth, developing and empowering them, and working to build a more diverse, cohesive and vibrant Europe. 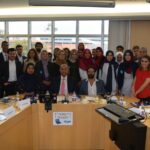 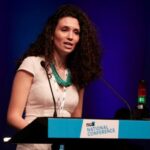